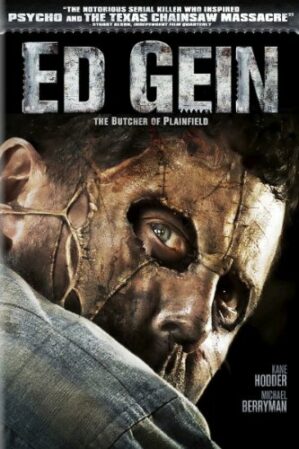 Ed Gein is one of the biggest names when it comes to serial killers, mostly because he was the inspiration for a some of the most iconic killers in horror—Norman Bates in Psycho (1960), Leatherface in The Texas Chain Saw Massacre (1974) and Buffalo Bill in The Silence of the Lambs (1991). In reality, Ed Gein wasn’t really a serial killer, at least when he compared to real serial murderers like Dahmer, Gacy or Bundy. He did kill two women (and probably his brother), but his fame and notoriety came for his grave digging, his passion for making things out of human body parts, and his undying love for his deranged, dead, mother.

Ed was a frail looking short man. A farmer by heart. An artist by choice. He would be called an introvert today, perhaps put on the spectrum. He was helpful in town, babysat kids and was always willing to lend a hand. People who knew him talked about his weird sense of humor; he often admitted to his crimes, but people thought he was joking. He also didn’t seem to know how to laugh, so his laugh sounded fake and inhuman. Roberts Blossom (the old man in Home Alone (1990)) portrayed him perfectly in the fantastic flick Deranged: Confessions of a Necrophile (1974).

If you would have asked me back in 2007 who would be the worst choice to play Ed Gein in a film, I wouldn’t had said Kain Hodder. Not because he would be perfect for the role, but the idea of the huge muscle clad Hodder portraying Ed Gein is so absurd that his name wouldn’t come up in my mind. Hodder is a horror icon, for sure. He is most famous for being the best Jason Vorhees, a role he had from Friday the 13th Part VII: The New Blood (1988) until Jason X (2001). He has been in countless films and has been great in many of them. This is not one of them.

The inane miscasting is an omen for things to come. A title at the beginning of the film reads: Based on a true story, but that’s not really true. It’s inspired by a real story, just like Silence of the Lambs, Psycho and all the other Ed Gein-inspired movies. Here, Gein is a tough as nails slasher killer and nobody is safe. Showing him crying with his skin suit doesn’t make up for how far from the actual person this portrayal is—especially since he looks more like Leatherface than Gein. The only shining light is a brief cameo by Michael Berryman, but he would have been a better Gein so it’s just rubbing salt in the wound.

Even if more suitable choices like Robert Englund or Brad Dourif had been cast instead of Kane, it wouldn’t have been enough to save the film. The script is just bad, the acting all around is horrendous and I understand why the director mostly works on TV films with titles like The Dog Who Saved Christmas (2009), The Dog Who Saved the Holidays (2012), and The Dog Who Saved Christmas Vacation (2010) (these are all real movies). To make matters worse, the whole film has this semi sepia-low saturation filter on it, which was popular in the 2000s to disguise poor film/digital quality used in direct-to-DVD titles.